There is a great TedX Talk, “The Price of Shame?” by Monica Lewinsky. If you don’t know who she is, google her and you will quickly find out. Briefly, Monica Lewinsky is a brave woman. During the time Bill Clinton was US President, she had an affair with him. Or, he had an affair with her, however you want to call it. To put things in perspective, Ms. Lewinsky was a White House intern, barely 22 years old. Bill Clinton was twice her age and the President of the United States. Now, we could argue who was to blame for the affair, but this blog is not about that. It’s about a young woman’s life which change dramatically overnight.

Once the scandal broke, Ms. Lewinsky became as famous as the man who was president. Her name was plastered all over the news, she became the butt of late night jokes, she lost her professional livelihood, and most of all she lost her reputation and dignity. She was hated by much of the public. She was cast as a homewrecker, the woman who brought Bill Clinton down, a stupid slut. For years, the name Monica Lewinsky was recognized all over the world, and not in a good way.

The scale of the humiliation she went through is incomparable to yours or mine. It was devastating on a massive scale. I’ve often wondered how I would have handled the situation if I were in her shoes. Would I want to run and hide? Demand that people hear my side of the story? File a lawsuit? Apologize to the world? Or, would I have chosen a more permanent way to end it all? All I can say for sure is, I always had empathy for Monica Lewinsky. Back then, I could identify with her in many ways; young, impressionable, overweight, unsure of myself, susceptible to flirtations and lonely.

Recently, in her Ted Talk, she describes how she regained her self confidence. How she struggled for years and how she finally got her life back and is now thriving. She has turned that era of her life into a career as cyber bullying activist, writer and spokesperson. She explains that with the multiple streams of social media that exist, news can be spread far and wide within minutes. Lives can be ruined. People can be vicious, empathy nonexistent. She has emerged again and is better and stronger than she was. She experienced post-traumatic stress AND post-traumatic growth.  I will write more about Post- traumatic growth in another blog

Monica has not allowed herself to be defined by public humiliation. She has persevered and has gained her life back and so can you.

If you’re ready to take the first step to saving your reputation, I’d like to invite you to speak one on one during a complimentary (no obligation) Reputation recovery Session where together we’ll get clarity around your recovery, uncover what needs to happen to get you back on track, and create a plan to come back better and stronger than before. 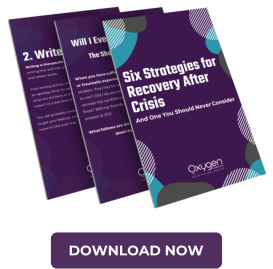 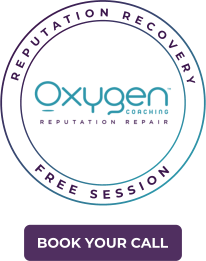 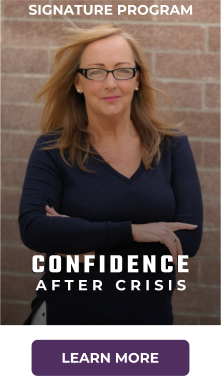